FF Plus focus areas for a better government in Gauteng 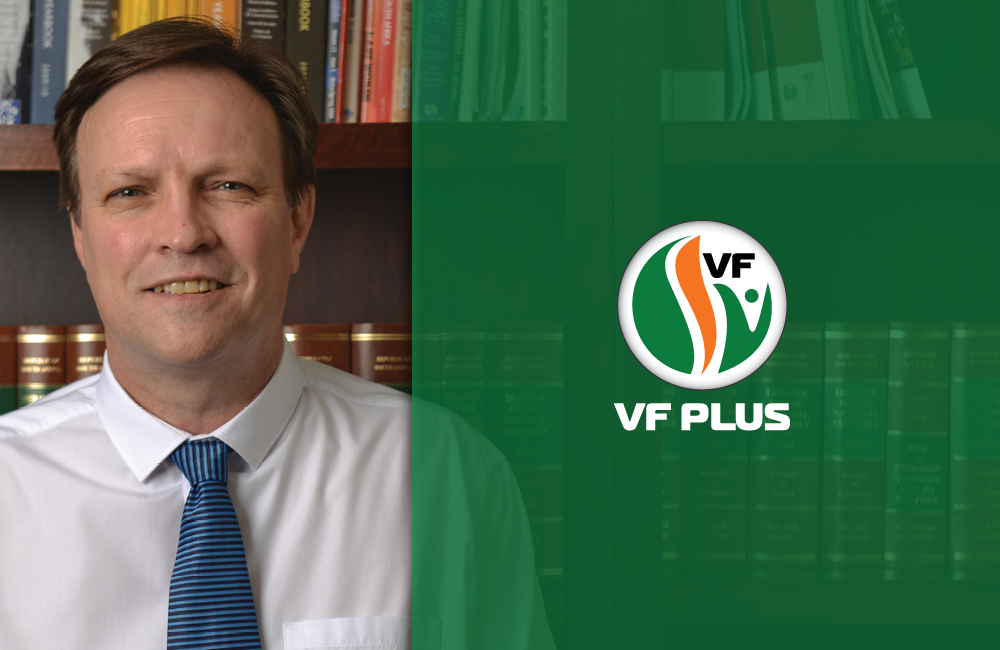 “The people of Gauteng deserve a better government and better living conditions than what they have had to be satisfied with under the rule of a corrupt and incompetent ANC government. At the top of the list is service delivery, surely the ANC’s biggest failure thus far,” says Anton Alberts, FF Plus chairperson and premier candidate for Gauteng.

As premier candidate for Gauteng, Alberts says his focus areas are tied to the FF Plus’s comprehensive ten-point plan.

The following six areas are inextricably intertwined with the plan:

1. Quality service delivery.
2. A clean and safe environment.
3. A feasible and growing economy.
4. Quality mother-tongue education and the protection of cultural diversity.
5. Access to legal aid and justice.
6. Social support and justice.

The objective is to find solutions for the following problems regardless of whether the FF Plus remains part of the opposition or whether it forms part of a coalition government consisting of opposition parties in Gauteng.

The Ten-point plan for the FF Plus Gauteng is:

1. Drafting a constitution specifically for Gauteng that will comprehensively build on the rights enshrined in the national Constitution and that will give concrete shape to meeting the needs of the province’s residents, including minority rights.

2. Transforming the entire province into a Special Economic Zone (SEZ) so as to create an economic environment where business enterprises can grow. SEZ legislation is controlled by the national government and should the ANC government refuse to establish an SEZ in Gauteng, the FF Plus will create a provincial SEZ law of its own that will allow for tax-free zones in the province in order to stimulate business.

3. The assurance that mother-tongue education will be offered at schools, the protection of Afrikaans schools that are under attack from the ANC and the assurance that all schools’ infrastructure is safe. The FF Plus will also ensure that home schooling, as part of the basic education system, enjoys full protection.

4. Establishing a holistic and affordable public transport system without e-toll. The e-toll system must be abolished and the coalition government must enter into a dispute with the national government about this and even take the matter to court if need be. New roads must be built instead of changing street names, which is a waste of money.

5. Transforming the provincial traffic police to a force that polices crime in cooperation with the national police force, particularly serious crimes like murder, rape, theft, burglary and fraud. Special attention will also be given to crimes committed against children and environmental transgressions.

6. Establishing a provincial ombudsman to handle complaints of poor service delivery at provincial hospitals and clinics.

7. Better oversight of local government by establishing a provincial ombudsman that can intervene immediately if a specific MEC fails to perform her/her duty of holding local governments that mismanage metros and towns accountable.

8. Formulating a plan to address the great backlog in housing, which is causing serious social problems.

“The abovementioned ten-point plan will be discussed in more detail during a separate media conference. Ultimately, none of these points stand in isolation as they all form part of an integral system that must be competently managed with the provincial constitution as foundation,” Alberts says.